*Please be advised that affiliate links may be used within this post. If you click on any of the links, there will not be a cost to you, however, I may receive some commission.* 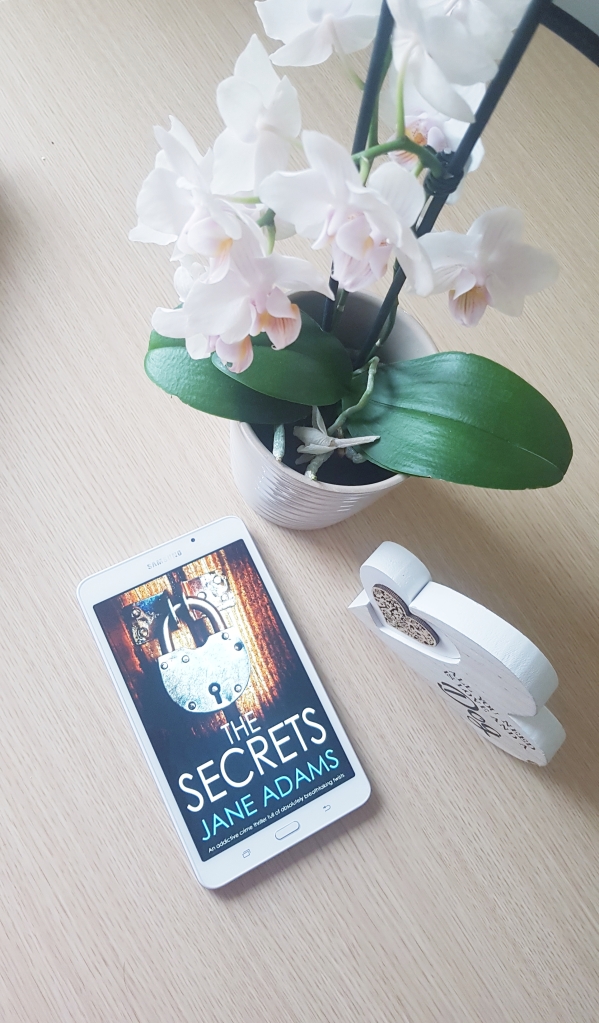 The Secrets by Jane Adams was received as an ARC by Netgalley, in exchange for an honest review. All thoughts and opinions are my own.

Plot outline: Threatening phone calls, smashed windows, physical intimidation. Eric Pearson and his family have only just moved into a new home in a sleep cul-de-sac, but they already have dangerous enemies. How could a respectable family become the focus of such hatred?

Detective Inspector Mike Croft knows the Pearson family well. Eric Pearson claims to own a journal which gives evidence of a horrifying ring of abusers. If true, it would be a high stakes case for DI Croft, and expose awful secrets that the town has buried deep.

But no one wants to believe the dark conspiracies of this friendless and bitter man. Then a body is found on the edge of Bright’s Wood, wrapped in a black bag. DI Croft must confront evil which threatens to rip apart everyone in the community.

My Review: This is the second book in the series of Mike Croft, although I hadn’t read the first book within the series, I was able to keep up with who the characters were, and what their relevance were to the book.

The Secrets was a throughly enriching psychological thriller, which follows Mike as he investigates the chilling children abuse claims brought forward from the Pearson’s case. As you go through the book, there is evidence of a cover up and misdoings which are happening within the police force, that are attempting to cover up who was involved in these claims. As Mike investigates the Fletcher case files, Pearsons has an unfriendly welcome to the neighbourhood, as frequently young children came to the house to throw stones and other materials through the windows of their home. Pearsons reacted by throwing out homemade petrol bombs, calling the police, and a newspaper company called chronicle. One thing that stuck out to me, was why Pearsons was acting in such a way to cause trouble, when he was trying to proclaim his innocence (not being involved in the child abuse claims).  Fletcher, whom is in prison, gave Pearsons a journal filled with information of people who were involved. As Mike realises that Fletcher was telling the truth, he finds himself a victim of a car accident as a result of digging deeper.

When I was reading this book, I was kept on the edge of my seat as I didn’t know what the next page, or chapter was going to bring! I really enjoyed the fact, that Jane Adams wrote just enough in each chapter to give you information that answers queries, but creates new questions.

Recommendation: I would recommend this book.

View all posts by Shanon Yeo

6 thoughts on “The Secrets By Jane Adams: ARC Review”